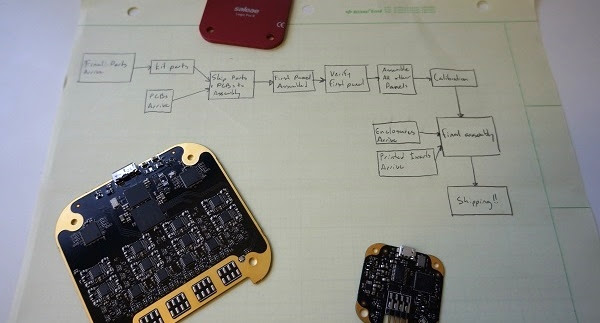 This is Mark Garrison – Chief Technical Officer at Saleae and Joe’s younger brother. I haven’t written a blog update in a while, but I’m excited to share with all of you our third pre-order update! You may know me if you’ve written into support about the beta software updates, or with technical questions. I lead the software team and write the firmware and HDL for the new products.

As always, thanks again for your support, feedback, and commitment! This is our third pre-order update, and we will be updating this blog post with more information over the next few days. Right now, this is the same information we included in the customer update email.

Unfortunately, there have been a few new delays since our last update. It wasn’t until yesterday that we were able to secure updated promise dates on the delayed orders, and the new ship dates are as follows:

I’m very sorry for the additional delays! Here is a summary of the status of each device, and I will add more information about these delays soon.

Logic 4:
The aluminum enclosure has been delayed and won’t arrive at our location until August 7th. This is the last component needed to ship Logic 4. We will be assembling the units over the weekend and begin shipping the next week.

Logic 8:
The electronic components are the main bottleneck now – I spent much of last week changing suppliers and orders to make sure all of the parts for all products should be at our office by August 11th. The day after, we ship them to the assembly facility located not far from us in the Bay Area, where a 7 day build will begin. (Ultimately, it was the op-amp that had the longest lead time that we couldn’t improve.)
The biggest risk to the shipment date of Logic 8 is the arrival dates of the electronic components, followed by our ability to validate the first panel on assembly day. More on that soon.

Logic Pro 8:
The main bottleneck for Logic Pro 8 are the PCBs themselves. We’ve had several issues with the assembly company, and the new arrival date for the PCBs is August 21st. Note that Logic Pro 16 will actually ship sooner – more on that below.

Logic Pro 16:
Logic Pro 16 has been the biggest concern for us this month. Not long ago we discovered a show stopper design flaw in the PCB that was already in production – potentially delaying the shipment of Logic Pro 16 significantly. However, we were able to fix the design flaw, bring on another PCB manufacturer, get a slightly lower price AND get the promised ship date sooner than Logic Pro 8! We are currently investigating using this new partner for our other builds in the future, and we have used them a number of times in the past for prototype PCBs. This is why Logic Pro 16 will actually ship slightly sooner than Logic Pro 8.

Software:
First, thanks to everyone who tested out the 1.1.20 beta and wrote in with feedback! That’s helped an enormous amount, and I look forward to getting the next release out soon. We’re taking a short break from new features to complete release-critical features – specifically improving the reliability of the firmware & FPGA designs, implementing the anti-clone features, and fixing critical device related bugs. The good news is that all four products are working pretty well now, and the systems are in place to be able to easily release no-risk firmware updates with the software. In fact, each release of the software automatically ensures that the correct version of the firmware is installed on our device, and the process is completely automatic. It’s the same process we’ve used to keep the Logic and Logic16 firmware up to date since we launched those products. I look forward to diving into much more detail in future blog updates, but we now have USB 3.0 working very well on Windows and OSX, and we’re working hard on getting the Linux USB 3.0 support up to speed. In fact, I’ve already done testing with Logic Pro 8 at 20% above our original advertised bandwidth – something I hope to release as a software & firmware update later on down the road. We also now have a USB 3.0 host controller from every USB 3.0 host vendor, and we’ve started testing all of them to determine if we will have any PC hardware specific issues. You can expect quite a bit of information about USB 3.0 on our support site in the future. We’re also working on expanding backwards compatibility for our software on Linux to support more business customers running distributions like CentOS. We will also be releasing a new version of the analyzer SDK that supports the protocol search feature for third party developers very soon. Finally, the next beta release of the software will include the new drag & drop channel re-ordering feature that we’ve just finished. We’re about to start working with a new graphic designer, so unfortunately the next release will still have a decent amount of “programmer art” but we will have the final UI perfected in the not too distant future.

Aluminum Enclosure:
We’ve had a lot of concerns about the machining quality and delays we’re experiencing with the new aluminum enclosures, but we have a lot more confidence now in their quality and shipping times. We’ve recently started a daily call with the factory to check in on the daily progress, process control and address any issues as they come up. It’s critical that these metal cases are delivered on time and defect free, and we’re really excited about the new cases – especially the red ones! We’re currently working out a delivery date issue with the anodization process of the metal feet – we just discovered that they were not included in the expected ship date of the first batch of enclosures, and we’re working on making sure they arrive on time to ship the new products.

I’m excited to get the first release of the software that supports the new products out soon – on or before August 11th, 2014. And we’re finally going to get out of beta!

Thanks again for your support and commitment! If you have any questions at all, please let us know.

Thanks and kind regards,
Mark Garrison 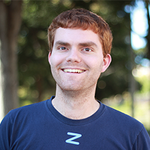